Serious Question. There are hungry artists out there that can do great work, and yet it is Miley Cyrus with a net worth of 160 Million Dollars? What's going on? Why is all society so hypnotized by people that are leading mainstream society directly to pornography? 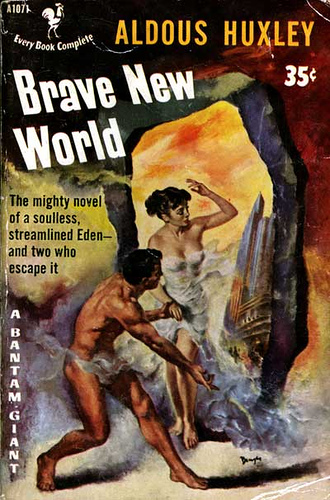 If anyone's ever read Brave New World, this is precisely what is taking place in society today. Every single person will end up as soulless sex drones, at the present rate. This is a terrifying trend that needs to be reversed instantly. I have nothing against any of these artists, but this is what makes the average 12 year old's ambitions today: to be in the shoes of one of these people. Can we perhaps unite and send a wave of higher consciousness towards the music industry? In addition to this, concrete action has to be taken to change the entertainment industry. We want Shakespeares and Mozarts, not Miley Cyrus's and Nicki Minaj's. The artist, the musician, the actor, etc. can make or break an entire nation due to the mass influence each and every one of them exert over the mainstream.